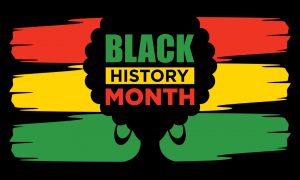 February is dedicated as Black History Month, honoring the triumphs and struggles of African Americans throughout U.S. history. Black History Month is an annual celebration that started in the US in 1926. Historian Carter G. Woodson proposed marking a time to honor African Americans and raise awareness of Black history, going beyond stories of racism and slavery to spotlight Black achievement. While this year’s theme is Black Health and Wellness, the library is honoring the birthdays of black authors born this week.

Alice Walker, African American novelist and poet most famous for authoring The Color Purple, which won the 1983 Pulitzer Prize for Fiction and soon was adapted for the big screen by Steven Spielberg. Walker is also known for her work as an activist. She was born on February 9, 1944 to sharecropper parents and grew up very poor. She now lives and writes in Northern California.

Frederick Douglass was born into slavery in 1817 or 1818 and his actual birthdate is unknown; he chose February 14 as the day to celebrate his birth, recalling that his mother called him her “Little Valentine.” After escaping from slavery in Maryland, he became a national leader of the abolitionist movement in Massachusetts and New York, becoming famous for his oratory and incisive antislavery writings. Douglass died February 20, 1895.

Your library can help you find more information about these and other amazing authors. Use your library card, always free and good at all 54 MORE libraries.